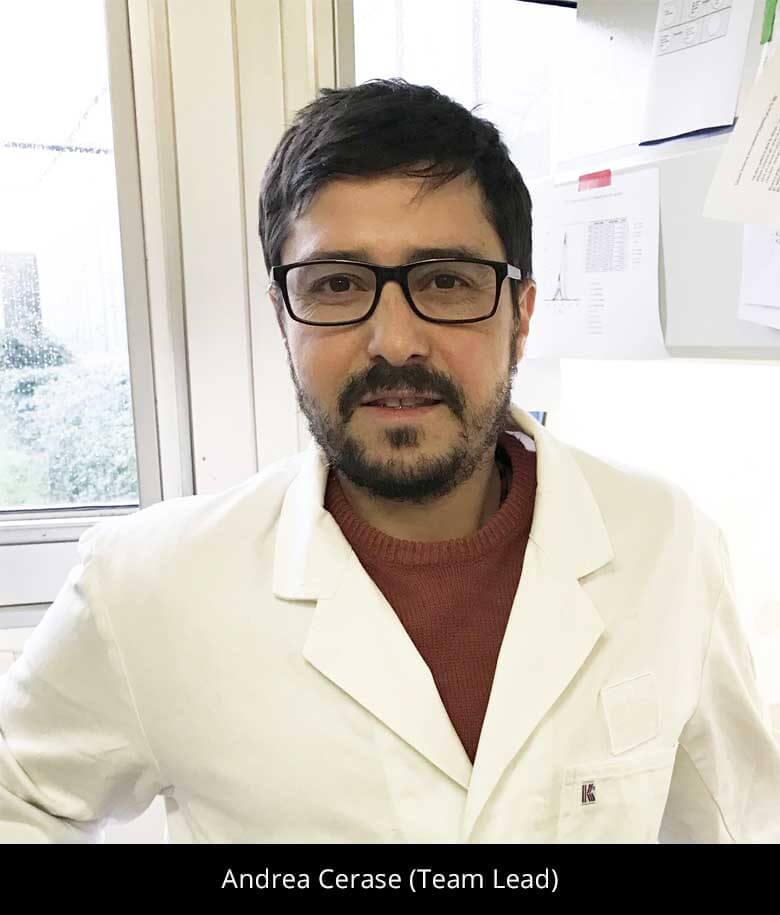 Andrea grew up in Procida, a tiny island in the bay of Naples, Italy. He studied Molecular Biology at the University of Naples Federico II and worked at the Italian National Cancer Institute for his thesis. He received his MSc degree in Molecular Biology (summa cum laude) in 2002. Subsequently, he joined Prof. Maurizio D’Esposito’s group at Institute of Genetics and Biophysics (IGB-National Council of Research, CNR), Naples, studying the role of chromatin and DNA modifications in cancer - and this was the time when his interest in epigenetics began. He decided to stay in D’Esposito’s lab to do his PhD, focusing on the epigenetic mechanism of SPRY3 gene silencing in humans. As a part of his Doctoral training, Andrea came to Prof. Neil Brockdorff’s lab at the Imperial College London in 2006 as a visiting graduate student. Here he became interested in X inactivation and chose this topic for his postdoc. After having his viva and receiving his PhD degree, Andrea joined the Brockdorff lab at the University of Oxford. Andrea studied the epigenetics of X chromosome inactivation, focusing on understanding Xist-mediates gene silencing. In particular, he was interested in the interplay between Xist and Polycomb Repressive Complexes. He proved that Xist and PRC2 do not interact directly, moving the balance of the much-debated Xist-mediated PRC2 recruitment model toward an indirect recruitment one. Building on this, he set up a genome-wide RNAi screen to identify novel factors involved in X chromosome inactivation and run a set of screens. Based on his pioneering system, the lab has identified important regulators of X inactivation. At the end of 2013, Andrea decided to move on with his career and returned to Italy. Back home, Andrea joined Prof. Phil Avner’s group at the EMBL-Rome as an EMBL-fellow. He studied the initiation phase of mouse X inactivation, focusing on the role of chromatin remodelers in Xist and Tsix regulation. In 2018 Andrea started his-own laboratory at the Blizard Institute, Queen Mary University of London. His primary research focuses are epigenetics, X chromosome inactivation and lncRNAs. The Cerase Lab currently works in X Chromosome inactivation (XCI) and XCI reversal using cell and animal models. The lab is also interested in X-linked neurodevelopmental disorders such as Rett and CDKL5 syndromes. The long-term lab plan is to study the epigenetic basis of brain development in health and disease, focusing on the role of lncRNAs and chromatin architecture. Since his time at the University of Oxford, he has been actively involved in science divulgation and regularly writes for several magazines. He is acting as an editor for many journals and as a referee for the Italian, UK, and international funding bodies and several journals. He is an associate fellow of the Higher Education Academy (AFHEA).
Contact 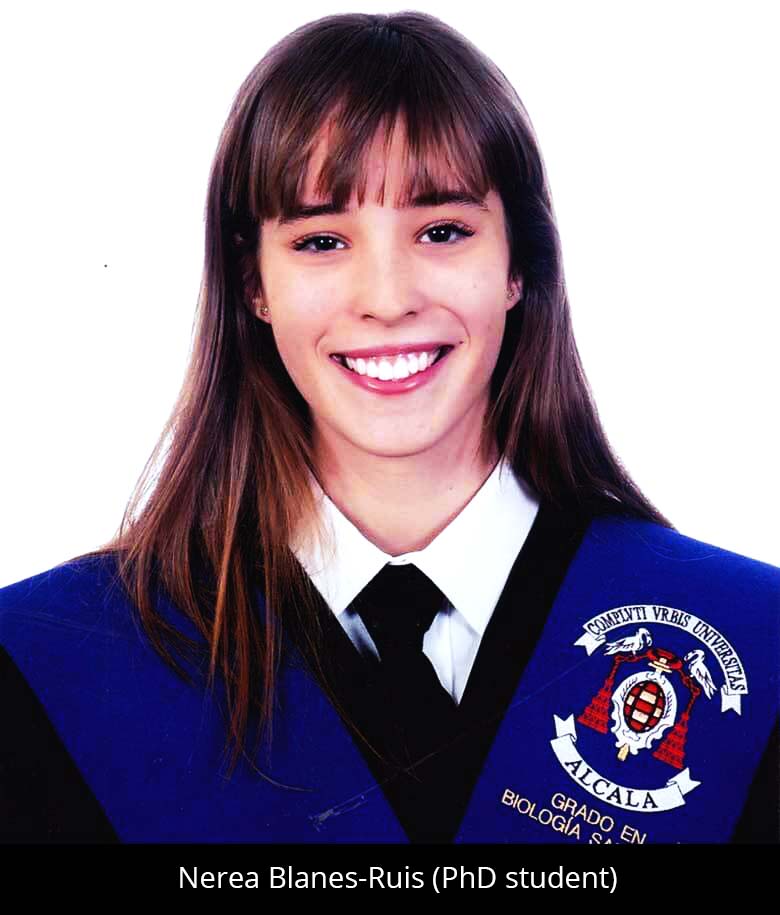 Nerea graduated from the University of Alcalá de Henares (Madrid) in 2016 with a Bachelor of Science in Health Biology. Her undergraduate research with Dr. Ángela María Valverde focused on studying the mechanisms involved in liver fibrosis development post-BDL in a murine knock-out model for the ptp1n gene, submitting a publication in 2019. In 2018, she graduated from the Complutense University of Madrid (majors in Biochemistry, Molecular Biology and Biomedicine) and subsequently, she completed her Master’s studies with Dr. Yolanda Campos González. For her master studies, she developed a protocol for the differentiation of motor neurons from human induced pluripotent cells (iPSCs) and human dermal fibroblasts as a model to study the glucose transporters 1 and 3 in Amyotrophic Lateral Sclerosis (ALS). She is currently working as a research technician in the Cerase lab within the Genomics and Child Health Division at Blizard Institute, part of the Queen Mary University of London. She participates in several projects focused on X-chromosome inactivation (XCI) and XCI reversal using cell and animal models. In particular, she is taking part in a screening project using a double-reporter cell line to study XCI reversal in X-linked neurodevelopmental disorders such as Rett and CDKL5 syndromes. Contact 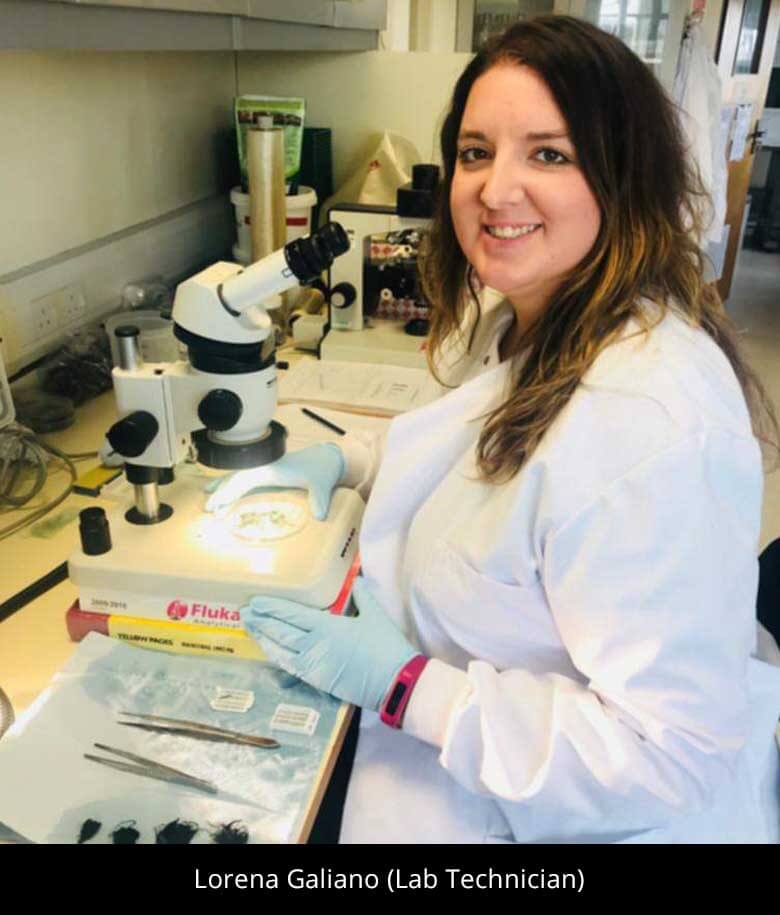 Miss Lorna Galiano achieved her BSc in Biology from the University of Jaén, Spain, in Sept. 2009. Subsequently, she obtained at the University of Granada her master degree in Regenerative Medicine (Jul. 2011). In 2015-16 she worked as a lab technician at the University College of London (UCL, UK), working on liver and digestive health. She worked as a lab technician from 2017 to 2019 at the East Malling Research (EMR) in Kent (UK), working in plant biology. She is currently working as a research technician in the Cerase lab within the Genomics and Child Health Division at Blizard Institute, part of the Queen Mary University of London. Contact

Dr Giuseppe Trigiante obtained his Bachelor's Degree in Chemistry at the University of Rome and then his Ph.D. in Biophysical Chemistry from Stanford University with a thesis on the enveloped viral fusion process. After a period at the prestigious Ludwig Institute for Cancer Research in London, working on newly discovered p53-dependent oncogenes, he moved on to the private sector to product development for two UK pharmaceutical companies. He focussed on a new concept photodynamic therapy (PDT) drug for cancer treatment. He joined the Cerase lab in September 2020 to work on the identification and characterization of novel lncRNAs involved in neurodegenerative diseases. 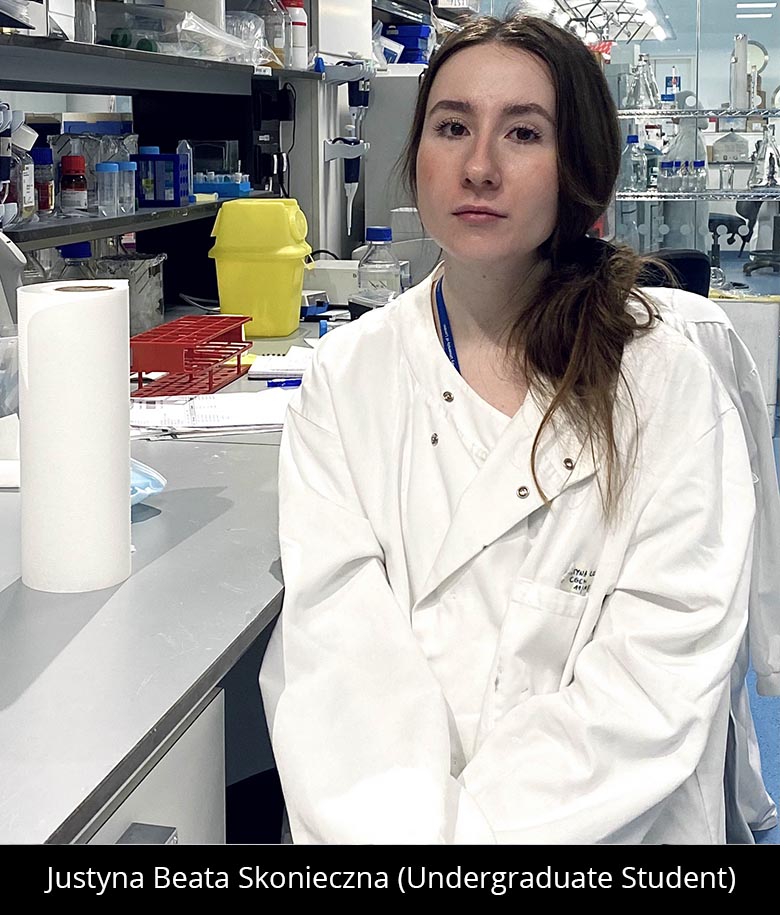 Justyna graduated with BSc in Neurobiology at Jagiellonian University in Krakow, Poland. For her Bachelor dissertation, she researched the effect of the ketogenic diet on kindling-induced seizures in Wistar rats in the Department of Neuroanatomy at the Faculty of Biology of Jagiellonian University. She undertook work placement in the Laboratory of Epileptogenesis in the Nencki Institute in Warsaw during her degree. In 2020 she graduated with MSc of Neurobiology and Translational Medicine at the Queen Mary University of London. Her dissertation focused on the role of long non-coding RNAs in neurodegenerative disorders focusing on Alzheimer’s disease and Amyotrophic Lateral Sclerosis. She is now working as a visiting graduate student in the Cerase lab within the Genomics and Child Health Centre at Blizard Institute, participating in a project focused on the functional analysis of novel long non-coding RNAs role in the brain. 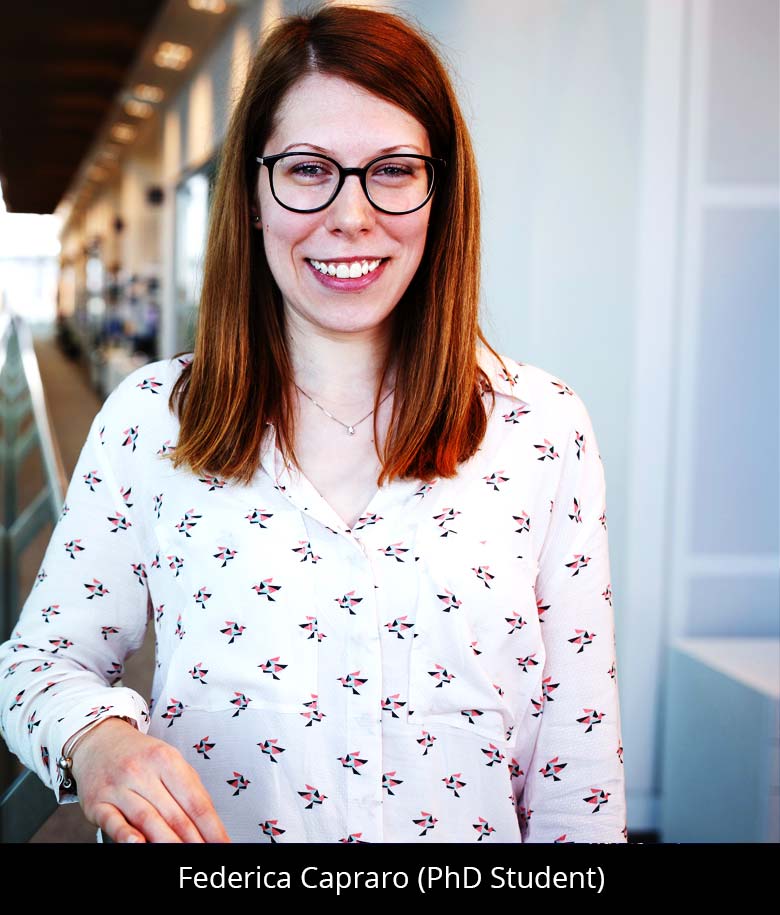 Federica studied Biotechnologies in her undergraduate degree and then specialised in Neurobiology in her MSc, both at the University of Trento in Italy. After graduation, she moved to London to join Professor Jernej Ule’s lab at The Francis Crick Institute and UCL as part of a 6-month Erasmus+ traineeship. She then stayed in the lab as a research assistant. She worked on RNA-RNA and RNA-proteins interaction. In particular, she investigated proteins such as TDP-43, a protein involved in the neurodegenerative disease amyotrophic lateral sclerosis. She is now a PhD student in the BBSRC LIDo programme and is undertaking her second rotation in the Cerase lab. She focuses on the dynamics of granules formed by the long noncoding RNA Xist during X chromosome inactivation and on the interaction of the RNA with nuclear matrix proteins. 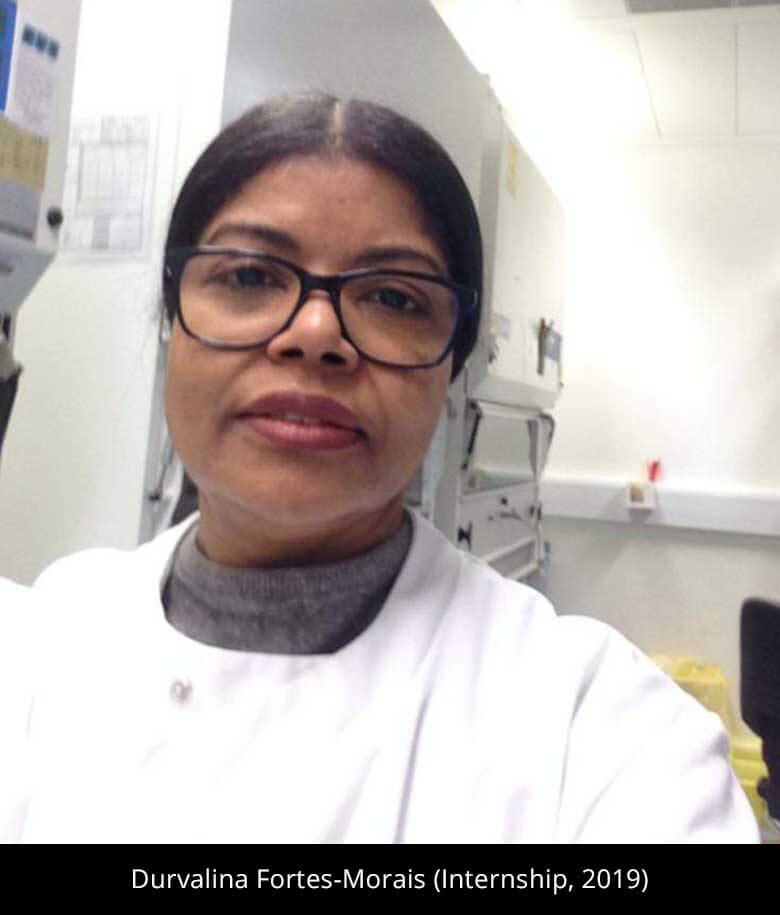 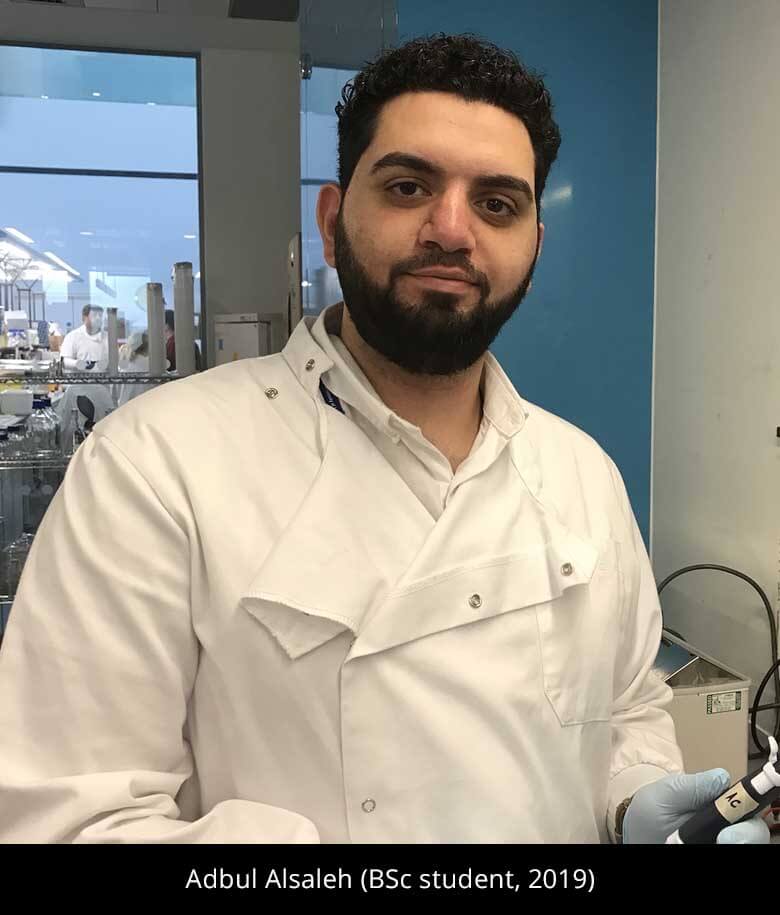 Abdul is from Siria. He decided to go to the UK for his Universities studies and in 2017 he joined Queen Mary University of London. Abdul is a third-year student in Medical Genetics. Abdul worked on a project studying the role of chromatin remodelers in X chromosome inactivation. 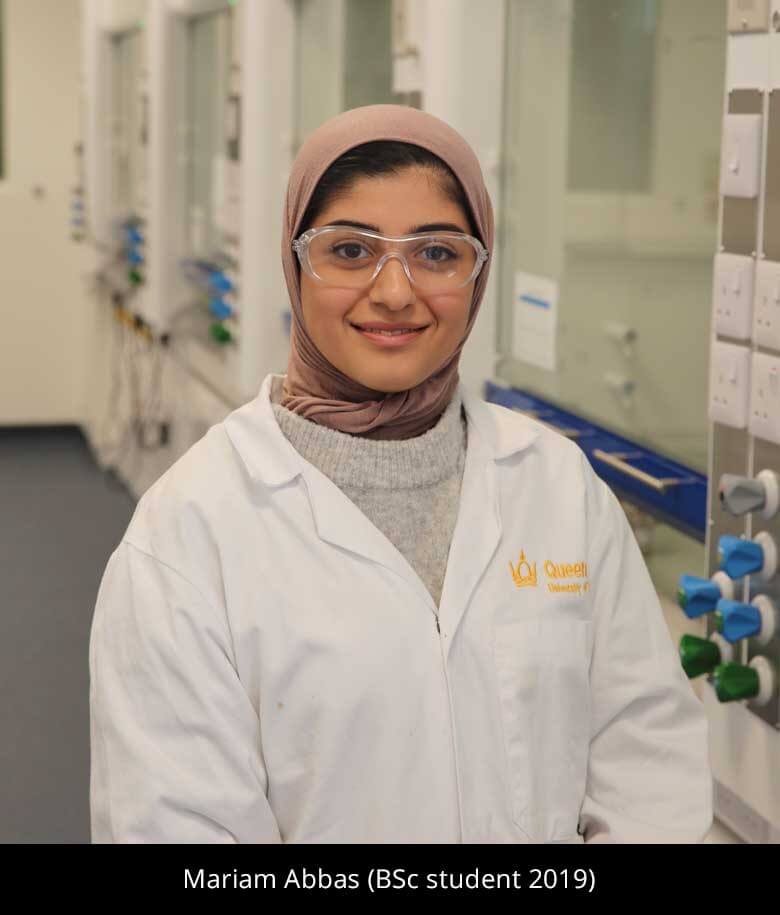 Mariam Hafidh Abbas is from Iraq. She started her journey at On-campus Foundation Program and, upon completion. Maria joined Queen Mary in 2017, where she was given the Science and Engineering Excellence Award. She is currently in her final year studying Medical Genetics. Mariam is currently looking for novel lncRNAs involved in brain development and function. 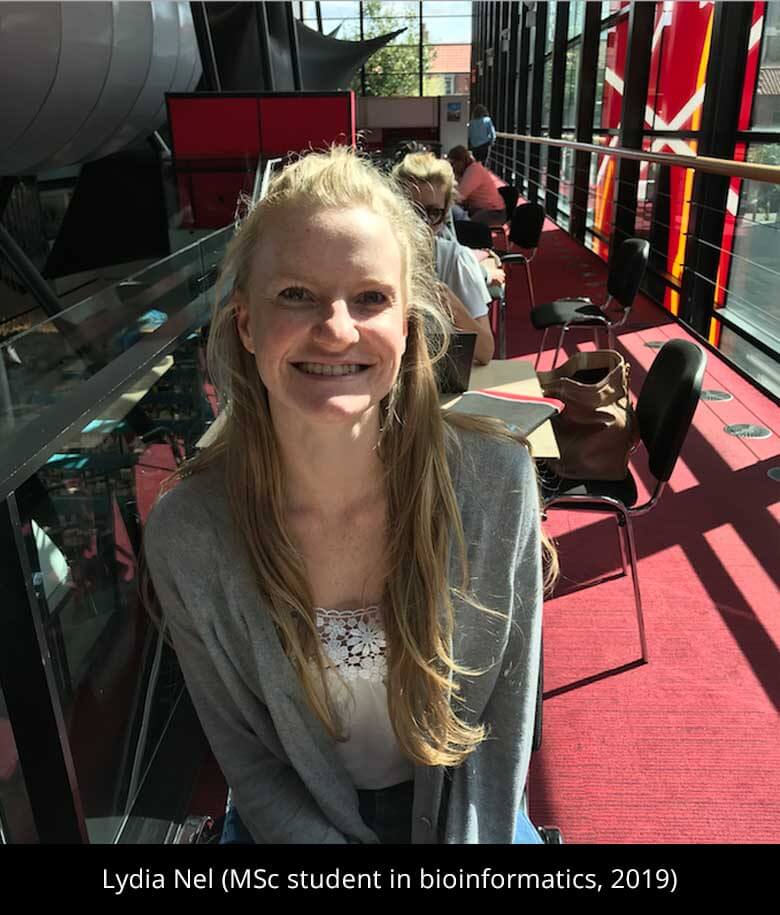 Lydia Zoe Valentina Nel, is a master student in bioinformatics. She worked on a project studying the role of chromatin remodelers in X chromosome inactivation.